The NCAA Woman of the Year Nomination

If I was to write the perfect ending to my time here at SMU, this nomination for NCAA Woman of the Year would be it. What better way to wrap everything into a nice, neat little bow than going out as one of the top honorees in this prestigious award?

I’ve thought about a lot of things recently, specifically this crazy trajectory my career has taken me on.

Fast forward to today, and I’m being nominated for this award, when we have so many amazing, powerful, and talented women at SMU and in the American Athletic Conference.

What a beautiful way to encompass my experience at SMU and the journey I went on. What a wonderful opportunity to be reminded of it all. 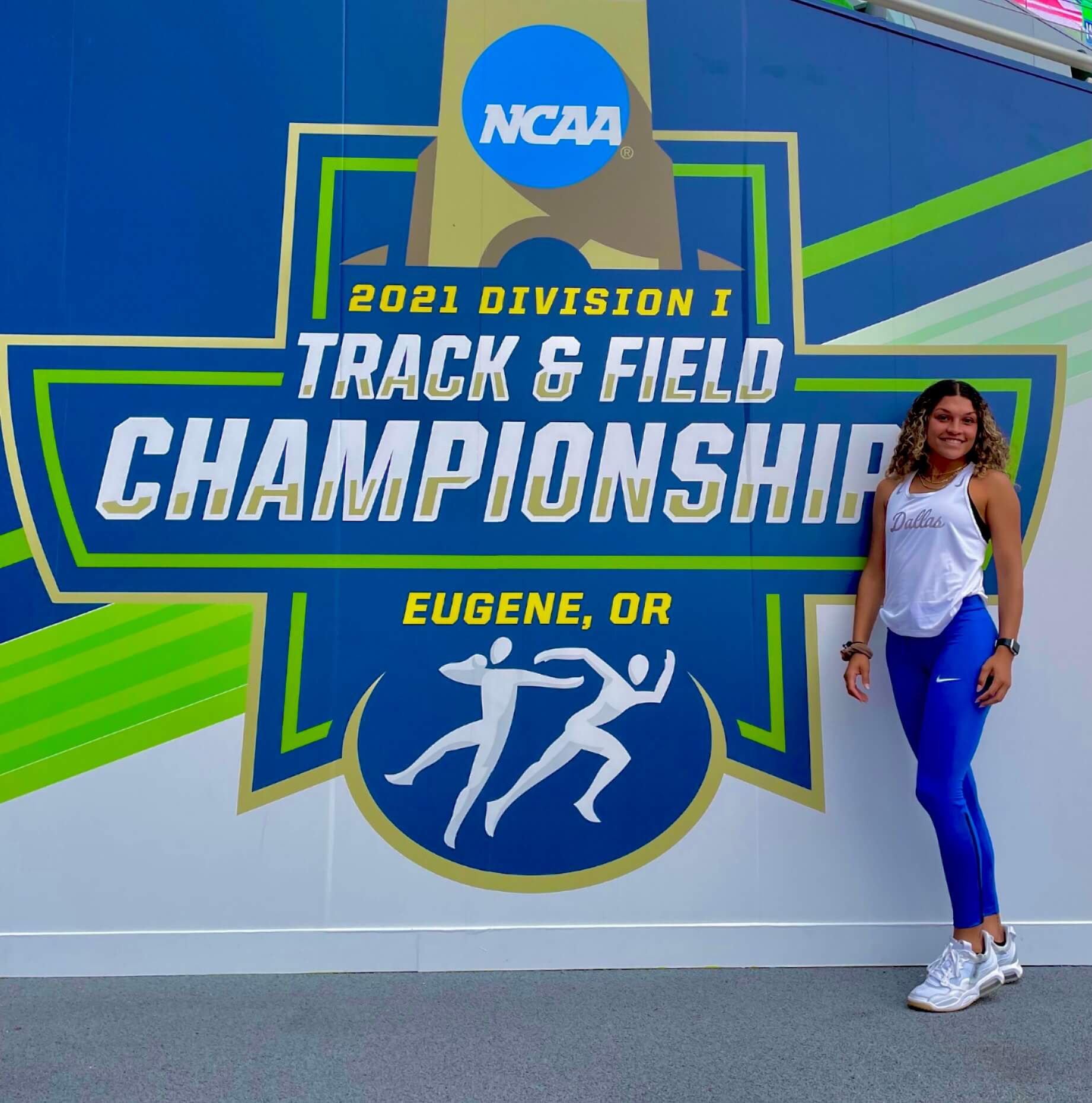 I remember getting the email about my nomination and stopping dead in my tracks.

No other word can describe this more accurately.

The more I read, the more surprised I became.

I thought it might have been some mistake, but everything about it was real. Even just being considered was truly an honor.

Not long after that, I was notified that the conference had chosen me as one of their top-two representatives. That’s when everything started to become real. I mean, this was the entire AAC.

This award really hits home to me because I think it pulls on a student-athlete as a whole—athletically, academically, and community involvement. I’ve spent my time on campus working in a lot of different spheres and communities.

To be nominated for an award that recognizes the full picture means the world to me.

I think that’s special because these things aren’t really things you do for recognition. I was completely caught off guard that people actually saw the work I was doing. 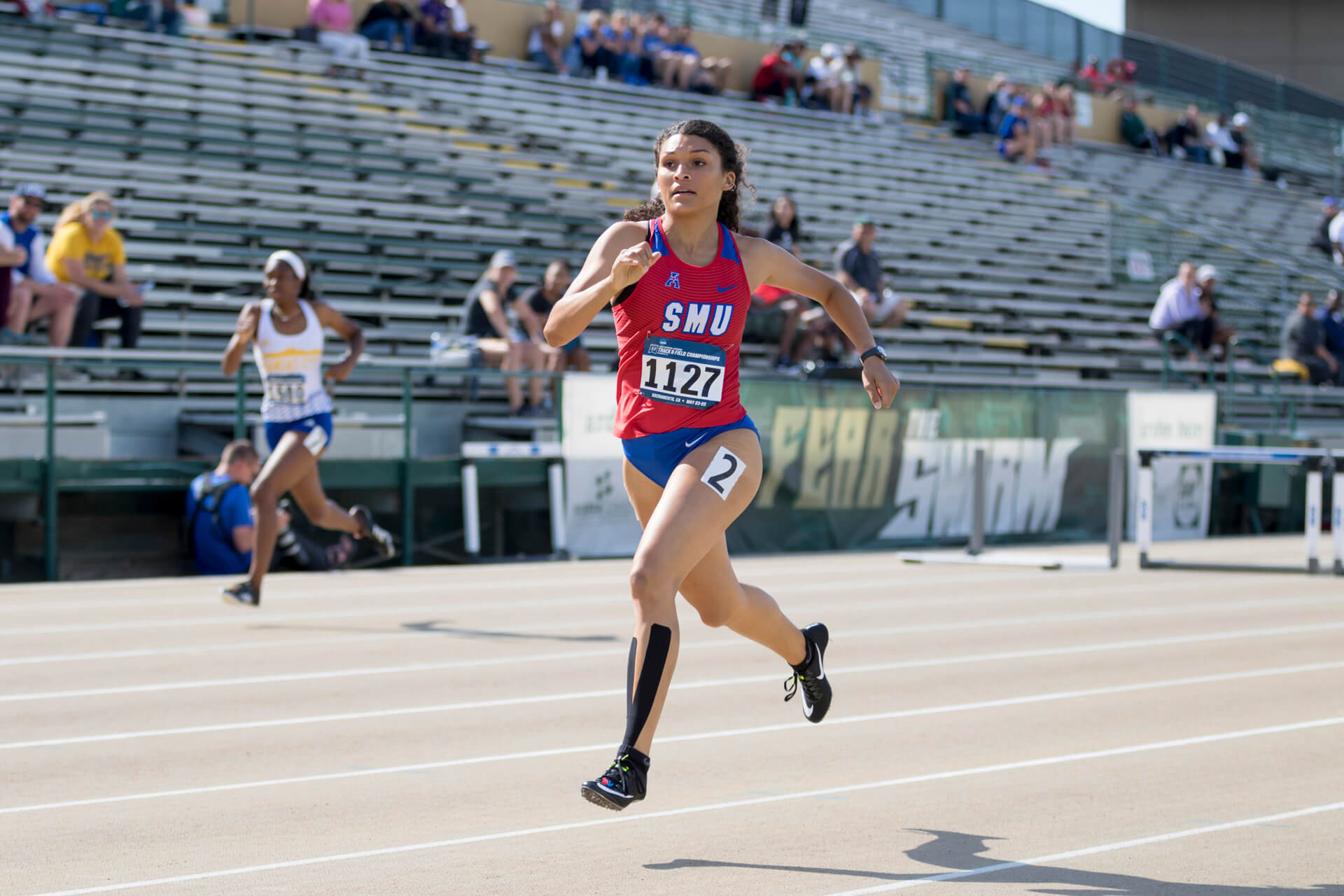 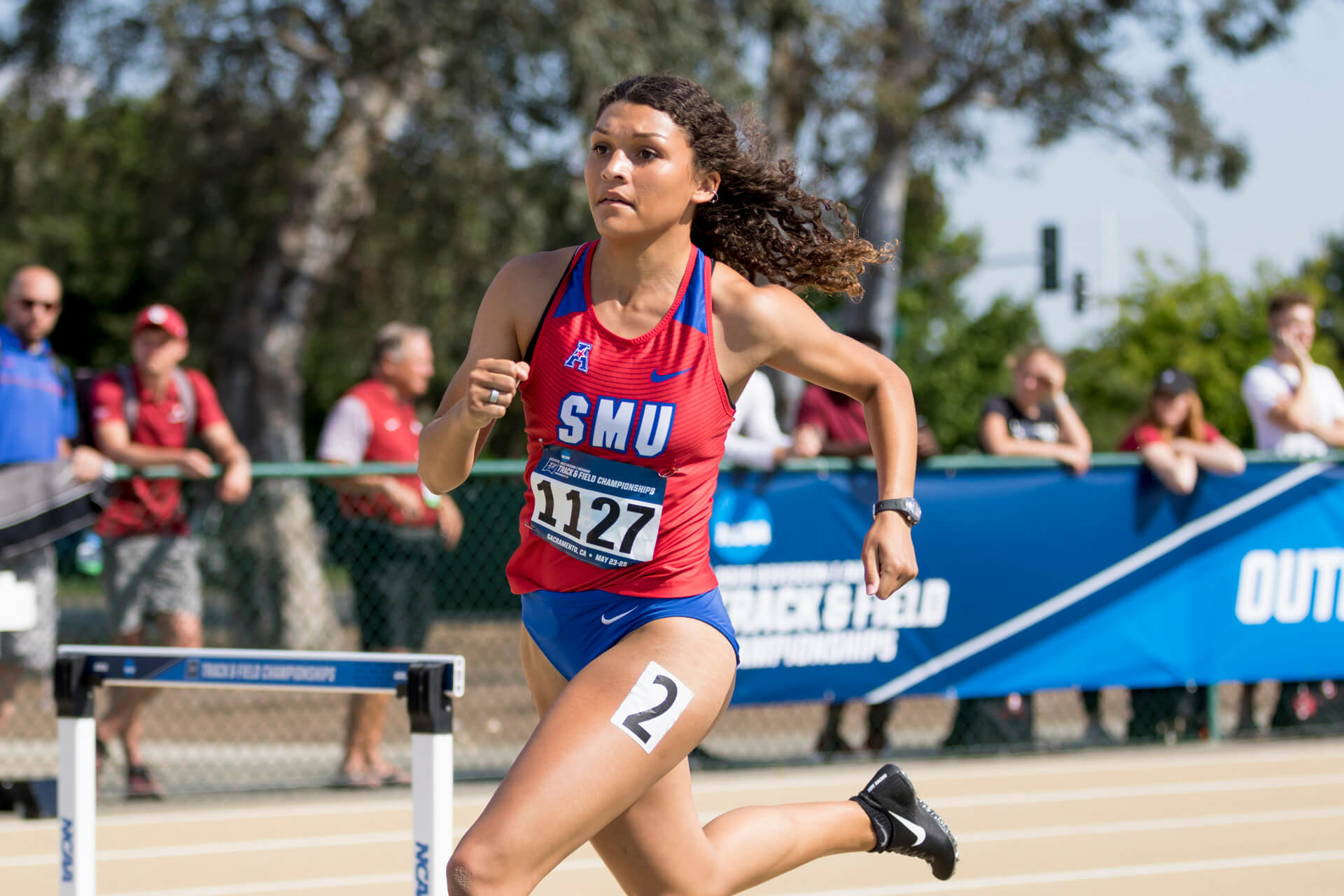 Since being nominated, I’ve actually had a chance to sit down and reflect on some of the things I’m most proud of on this journey, and I keep coming back to co-founding the Black Student Athlete Committee (BSAC).

That was a venture that came at a time when it was really necessary.

There was this huge hole that existed in the experience for a lot of black student-athletes on our campus. The hope was to push for change in the athletics department by creating a more inclusive environment for everyone. It was all about diversity and inclusion on the SMU campus and within athletics.

I’ve never felt more tied to the community than when we started that committee.

My hope is that it’s something that continues long after I’m gone. I want it to have a lasting impact and really make a difference in the way black student-athletes see, experience, and live SMU.

Well, I can honestly say, looking back on everything, it really was a lot.

There were so many things I was trying to do. I’m just happy I was able to do some of them and be proud of those accomplishments.

When I left SMU to pursue law school at Stanford, I know I gave my all to everything I did.

My time at SMU had a purpose, and my accomplishments had meaning.

What more could anyone ask for?

This award really hits home to me because I think it pulls on a student-athlete as a whole—athletically, academically, and community involvement. I've spent my time on campus working in a lot of different spheres and communities.

A step outside the comfort zone

Look, I think life as a student-athlete is amazing, and that bubble is probably one of the ones I cherished the most. If that’s your passion, focus, and what feeds you, then that should be your experience.

And there’s absolutely nothing wrong with that.

But my hope is to leave a legacy with people to try other things and join other spaces. I want people to know that it’s okay to be something other than ‘the student-athlete.’

I really feel like my willingness to do that enriched my experience at SMU.

I got to touch parts of campus, meet people, and create relationships that never would have existed if I just stuck around in that athletics bubble.

But do you want to know the coolest part?

When I go back and walk the campus now, there are very few spots there that don’t carry a cherished memory. I’ve given myself a chance to see and experience everything, and I’m a better person because of it. 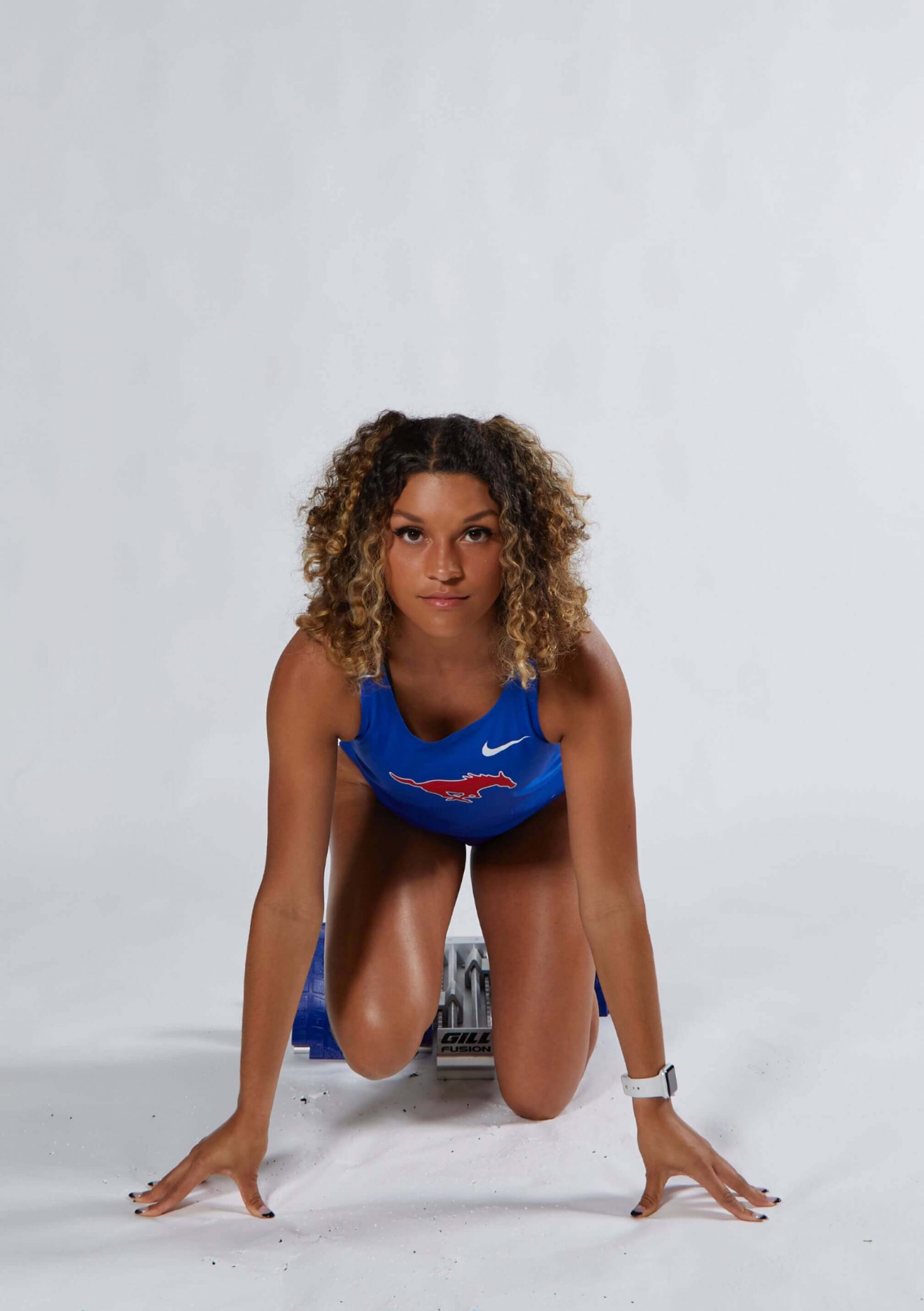 Those experiences and the people I’ve met along the way are the reasons why my name was picked. I feel so honored and blessed to even be in this position that I can’t come out of this thing a loser. It’s literally impossible.

I feel like a winner for even being included.

I think the NCAA Woman of the Year award is special because it’s obviously specific to women who have excelled athletically and academically, along with carrying on a ton of volunteer work within their own communities.

It’s special because it recognizes their all-around contributions as a whole throughout their time at their respective universities.

For me, personally, it’s so incredibly affirming that the things I did felt important to somebody. People actually saw those things and appreciated them as something that added value and left a mark.

Just knowing that is rewarding in itself because not every day was easy.

Trust me, there were plenty of days when I knew I was completely in over my head for taking on too much. But all of that hard work was for a reason.

Everything that was accomplished had a purpose.

And this nomination is proof of it.

It’s proof that it all mattered.

As of last Wednesday, we are down to the last 30.

I can’t wait to see who makes the top 10 later this fall. 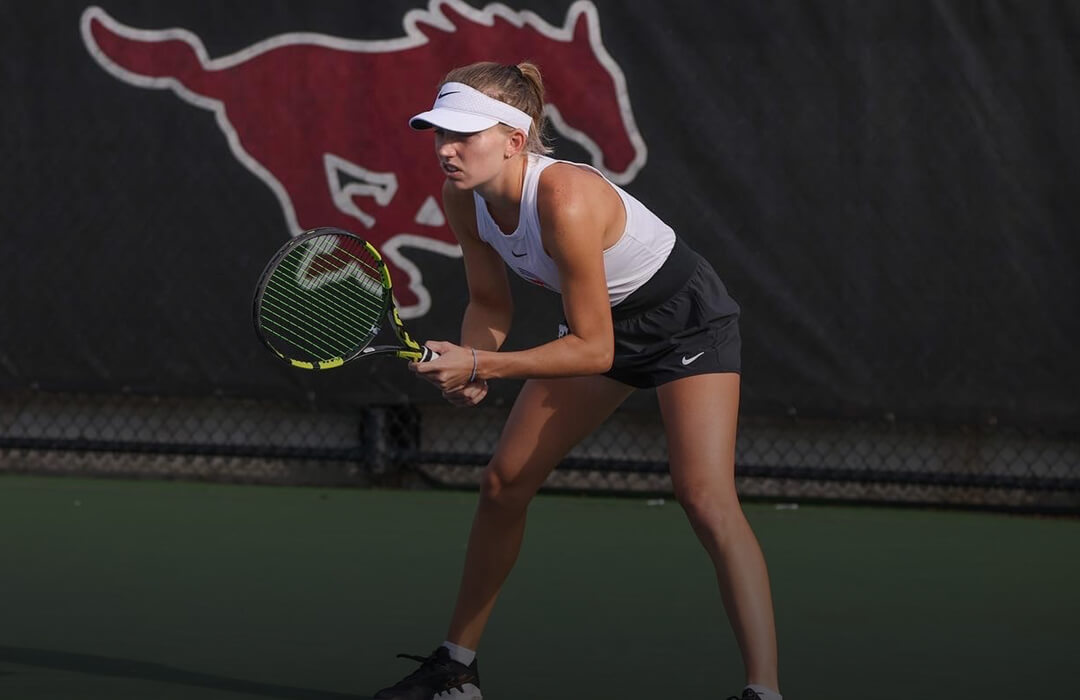 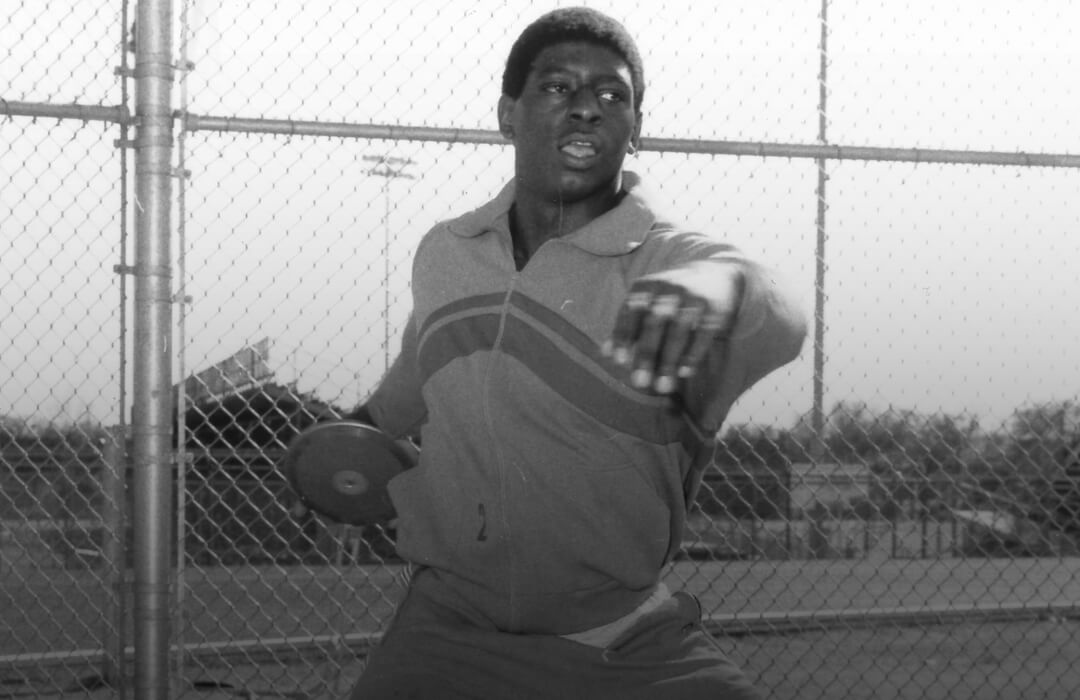 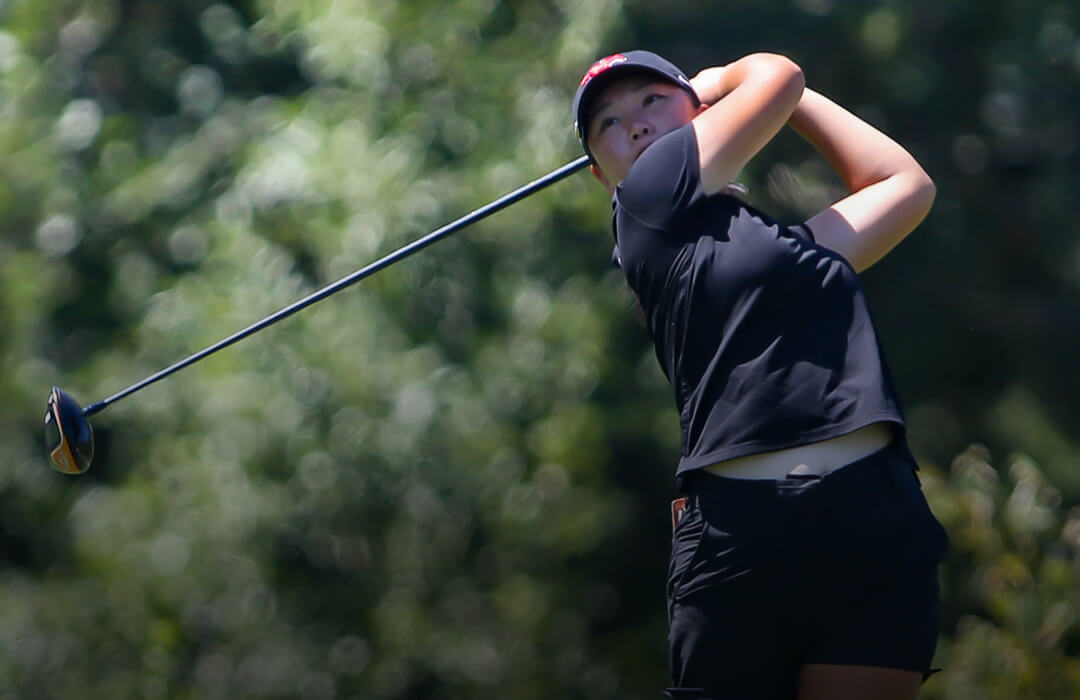