I’m starting my sixth year here at SMU, and so much has happened since stepping foot here on campus.

We’ve played in bowl games, gone through coaching changes, and I’ve seen many great players become the best version of themselves.

Without a doubt, being an SMU Mustang is one of my biggest accomplishments in life.

This year, I earned two more honors that will only emphasize this feeling. Two honors I will remember long after my playing years are done, too.

Being a team captain and wearing the #23. 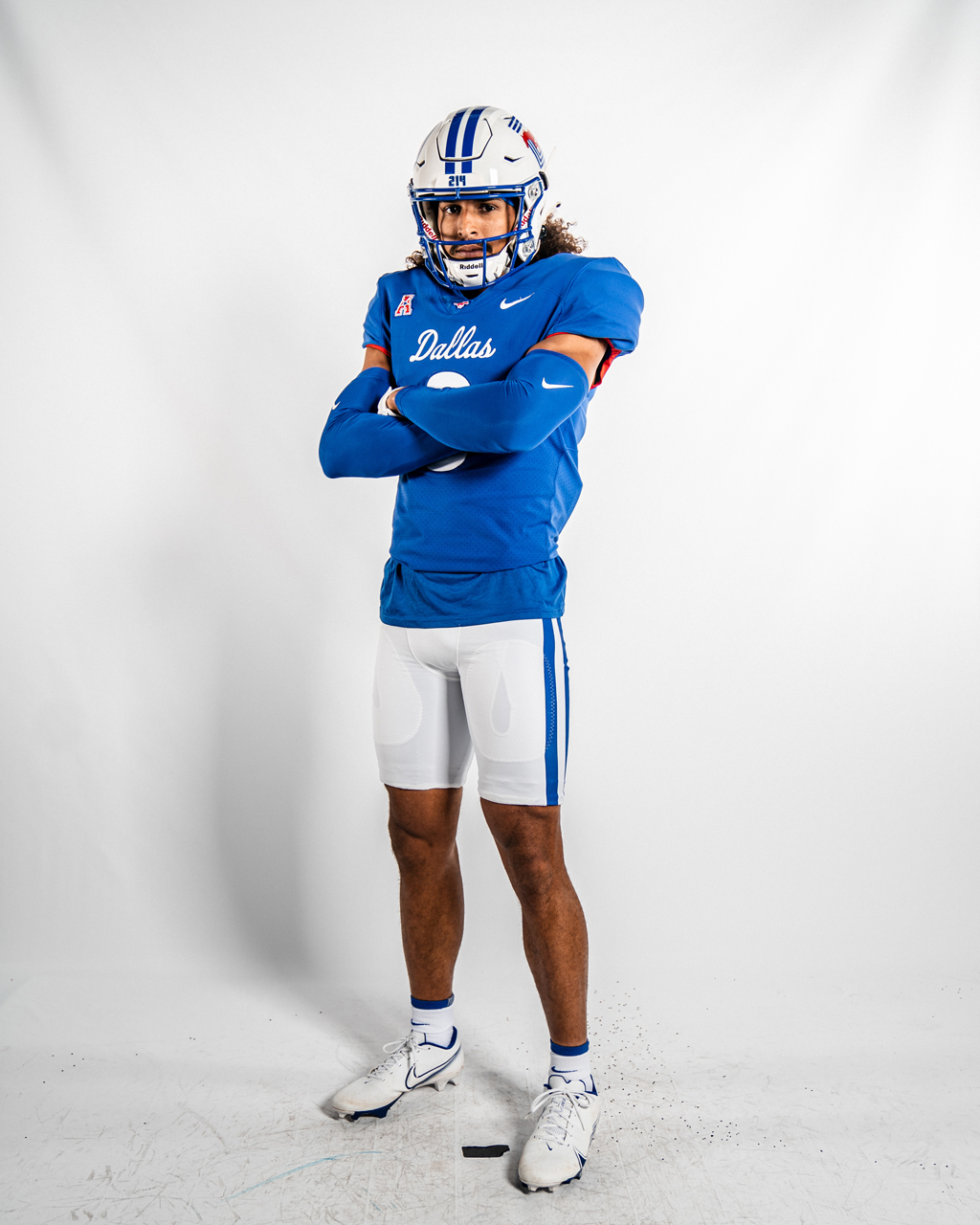 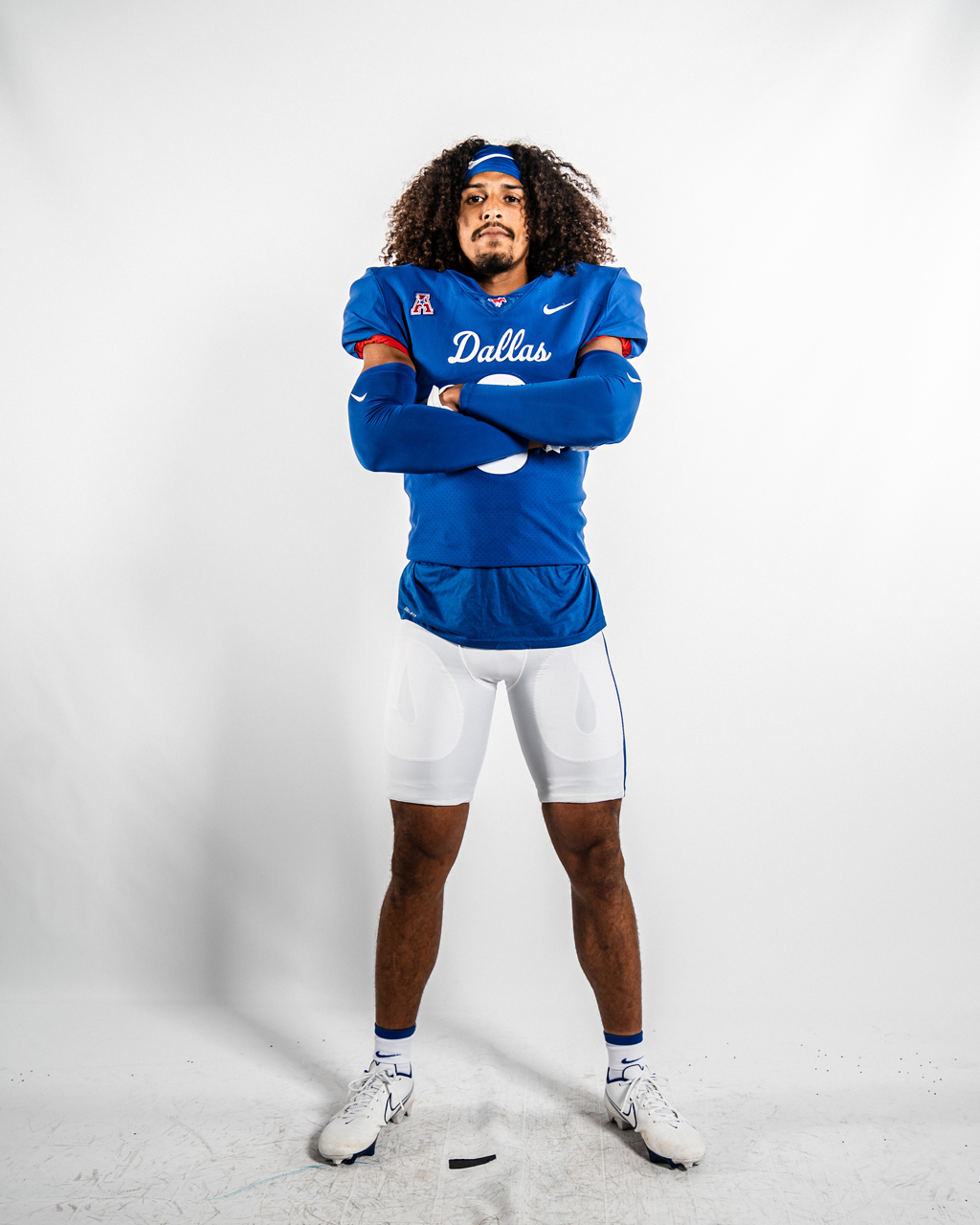 What makes the number 23 special here at SMU?

It’s not because of Jordan or LeBron; it’s about one man and one man only, Jerry LeVias.

Mr. LeVias was the first African-American man to receive an athletic scholarship in the Southwest Conference. He had to break that barrier so other players could have that opportunity. Playing in a still segregated South during the 60s, I can’t even imagine the challenges he had to go through daily.

What I find so inspiring about Mr. LeVias was his ability to keep going.

To still lead, persevere, and win in such a challenging environment.

So here at SMU, a player is chosen by the coaching staff and Mr. LeVias each year to wear the number 23.

That person has to be a leader, establish the team culture, and make sure they hold themselves accountable and to the highest standards of this university.

Since my freshmen year, I’ve seen friends and teammates receiving this honor.

It never even crossed my mind that it could be me one day.

I just kept working hard and staying focused on the task at hand.

The responsibility and honor bestowed on me is indescribable, and I’ll work hard every day to live up to what the No. 23 means here, and hopefully, I will make everyone who has worn it proud.

The highest of team honors.@AustinUpshaw is this season's recipient of the Jerry LeVias #23 jersey.#PonyUpDallas pic.twitter.com/AqddigxKvw 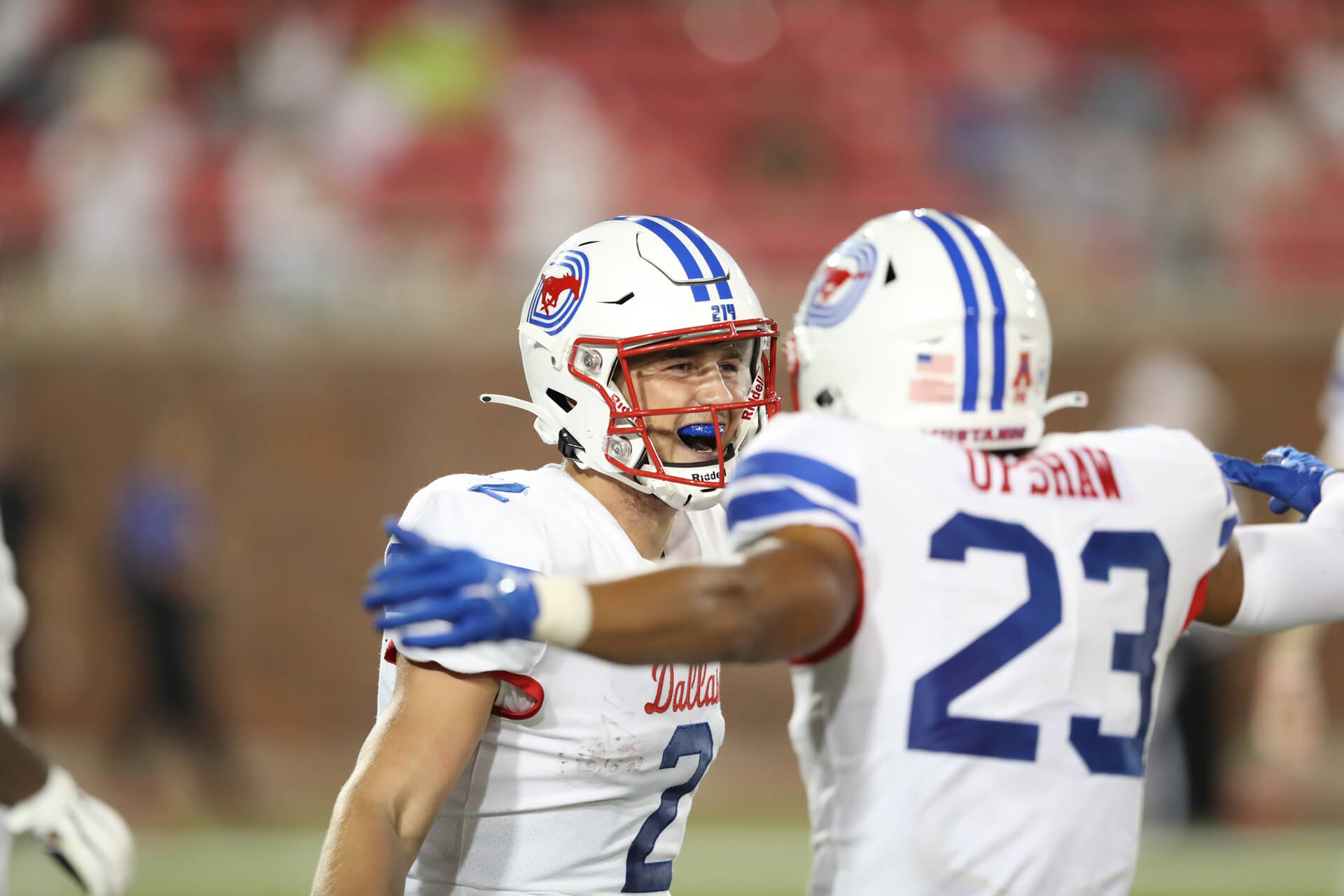 From QB to WR

I never imagined being given this opportunity because I haven’t always been at the top of this program. Far from it!

When I came in as a QB, I was near the bottom of the depth chart, and it just seemed like I couldn’t progress the way I wanted to.

I don’t have a problem being a team player and supporting my team in whatever way possible, but how can I get on the field?

How can I contribute to the game?

I gave it some thought and summoned the courage to ask the coaches if I could play Wide Reciever.

It was tough because I was brought here to play Quarterback.

What if they took it the wrong way or weren’t interested in me playing a different position, or worse yet, what if I failed miserably and just ended up in a worse situation?

These thoughts did run through my mind, but I believed in myself and knew I could get this done.

Making this transition was the best decision I ever made.

It wasn’t easy, but now I was on the field contributing and competing.

I had a great last season and haven’t looked back since.

I’ve just worked hard day in and day out to get better at my position and do whatever I can to help the team win.

I think it’s worked out well so far.

So here at SMU, a player is chosen by the coaching staff and Mr. LeVias each year to wear the number 23. That person has to be a leader, establish the team culture, and make sure they hold themselves accountable and to the highest standards of this university.

Receiving the #23 is a tremendous honor; being named captain was equally honorable and unexpected.

A captain can mean many things to many people, but to me, it means you are a leader and respected by your coaches and peers.

You can’t just stand up in the locker room and call yourself a leader; you have to demonstrate it day after day, game after game.

I’m grateful that when this team looks at me, they look at a person who has earned the honor of being named captain and wearing the #23 — a person who embodies leadership, hard work, and not just the will to win but the willingness to do the work that’s required to win.

So, as I take the field on Saturdays, I hope to live up to the meaning of both honors.

I take that responsibility seriously, and I’m so grateful for these honors bestowed upon me.

I vow to put my best foot forward and make my coaches, teammates, and Mr. LeVias proud. 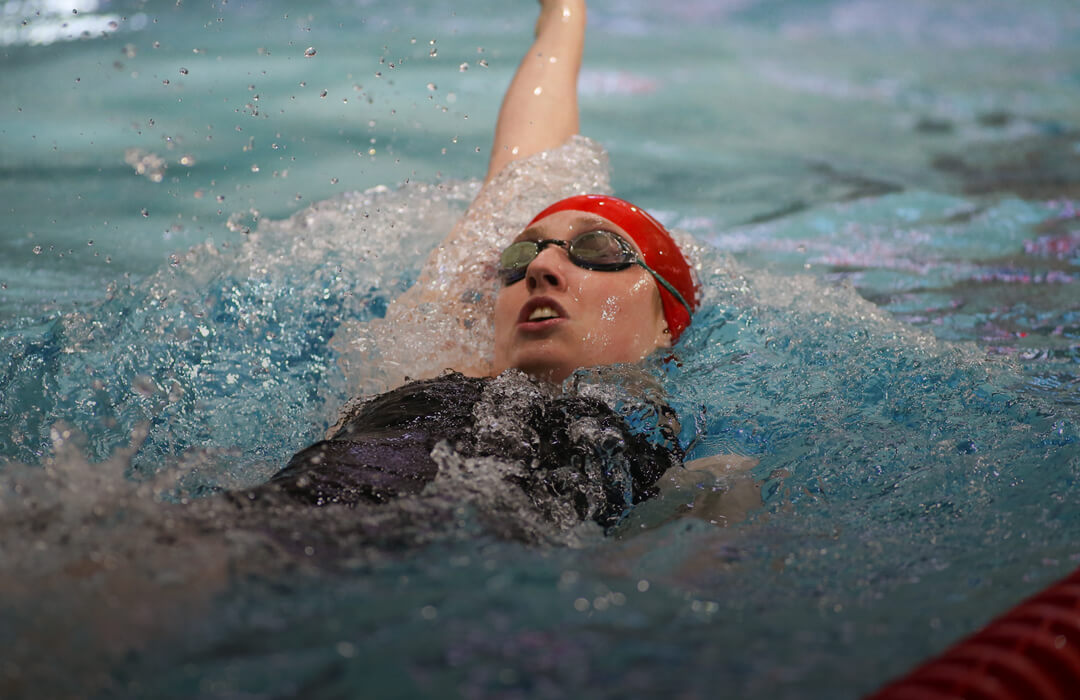 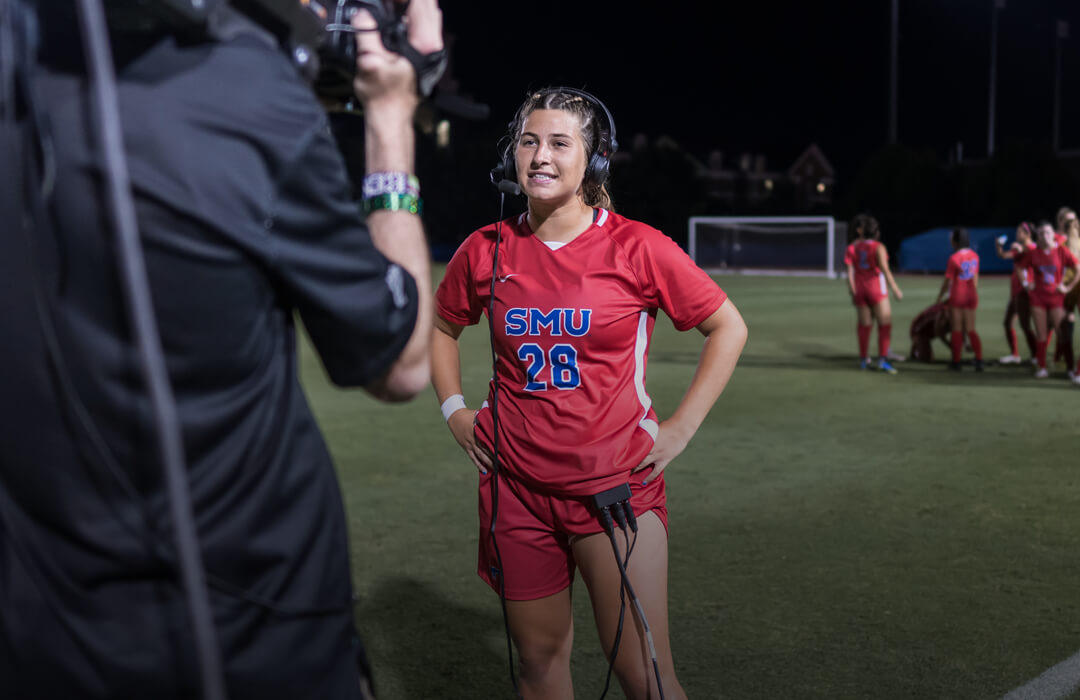 Grateful for Every Opportunity 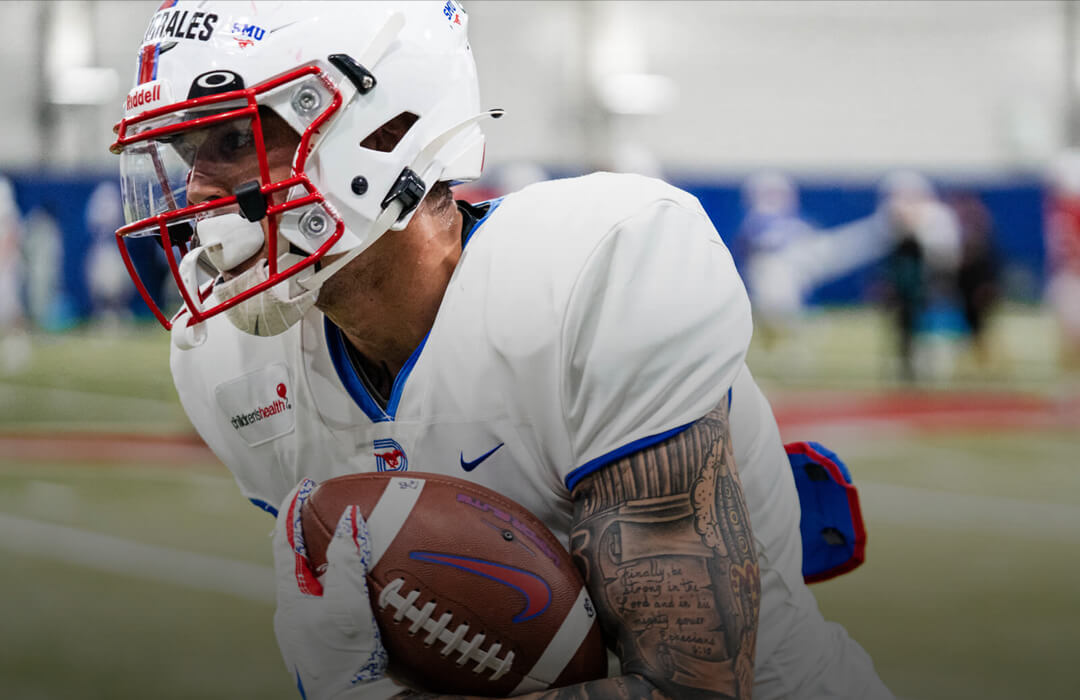