The Goals Worth Saving

Do you know why I love being a goalkeeper?

Well, for starters, my dad was a goalkeeper. He was my hero growing up, and I’ve always wanted to follow in his footsteps and be just like him.

But I also look at that position as more than just blocking goals. For me, that position is all about helping people. It’s a position where I get to step up for others and make the plays necessary to keep us in the game.

When you look at it that way, it really is a big deal.

Interestingly enough, I also try to approach life with a similar mentality.

I LOVE soccer, make no mistake. It’s one of my most favorite things in the world. But it also doesn’t define who I am as a person. There are bigger fights out there.

For so long, I’ve felt like there’s nothing else I’d rather be doing for the rest of my life other than playing soccer, but multiple ACL injuries have shown me otherwise.

There are bigger goals worth saving in life. 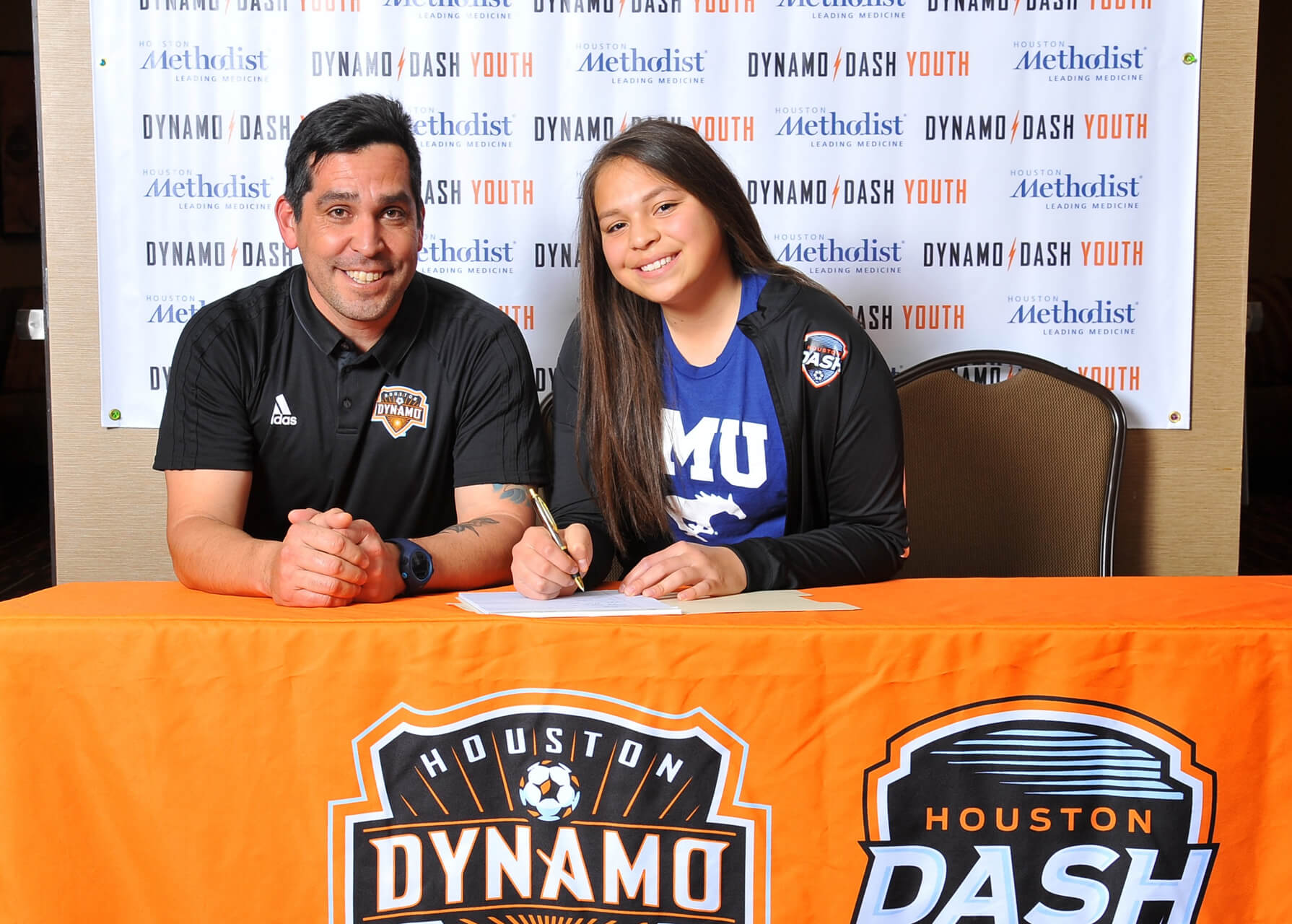 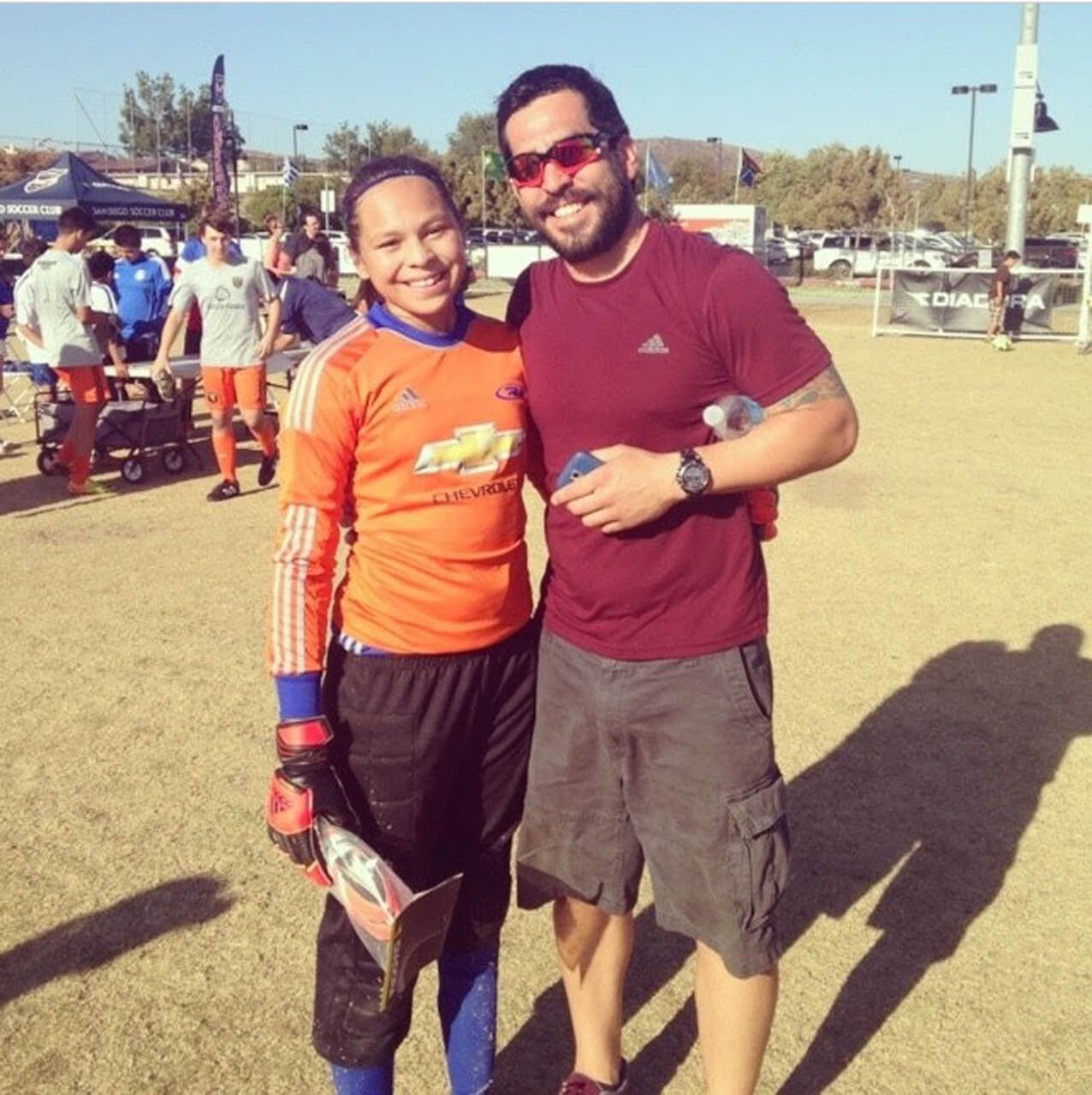 I remember the day of my first ACL injury perfectly. You never really forget something devastating like that.

It was already a stressful day, and I remember struggling with the fine balancing act of school, life, and sports during this time. So I took some friends up on the opportunity to play a little pick-up game—you know, just a little game to help relieve some of the stress I was going through.

On a particular play, I jumped into the air and came back down awkwardly on my right knee. It was a straight landing with no give for the knee, and it just hyperextended. It hurt quite a bit, but I didn’t think it was anything too serious at the time. I can still remember Coach Mat Cosgriff’s concerned phone call.

He asked, “What happened!?”

I told him not to worry—that I was fine and just tweaked my knee a bit. A little rest and I’d be back on my feet in no time.

Boy, was I wrong.

Two weeks later, I went to the doctor and found out I tore my ACL. That news hit me like a ton of bricks, and I was absolutely devastated.

I cried to Mat. I cried to our trainers. I just didn’t know what to do. I’d never been that hurt before, and it was obviously going to be a long recovery. But I never would have imagined how long or mentally taxing that process would end up being. 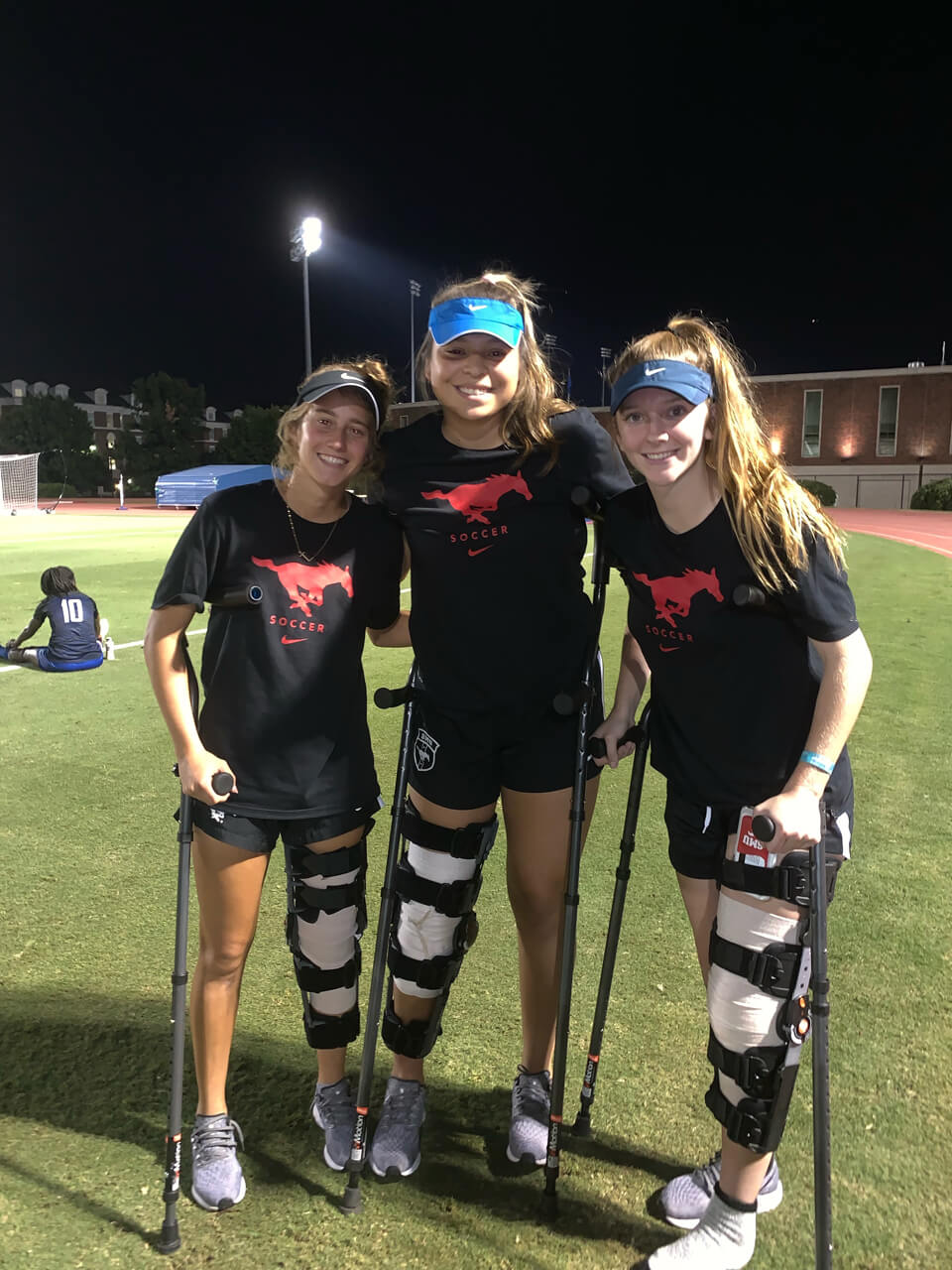 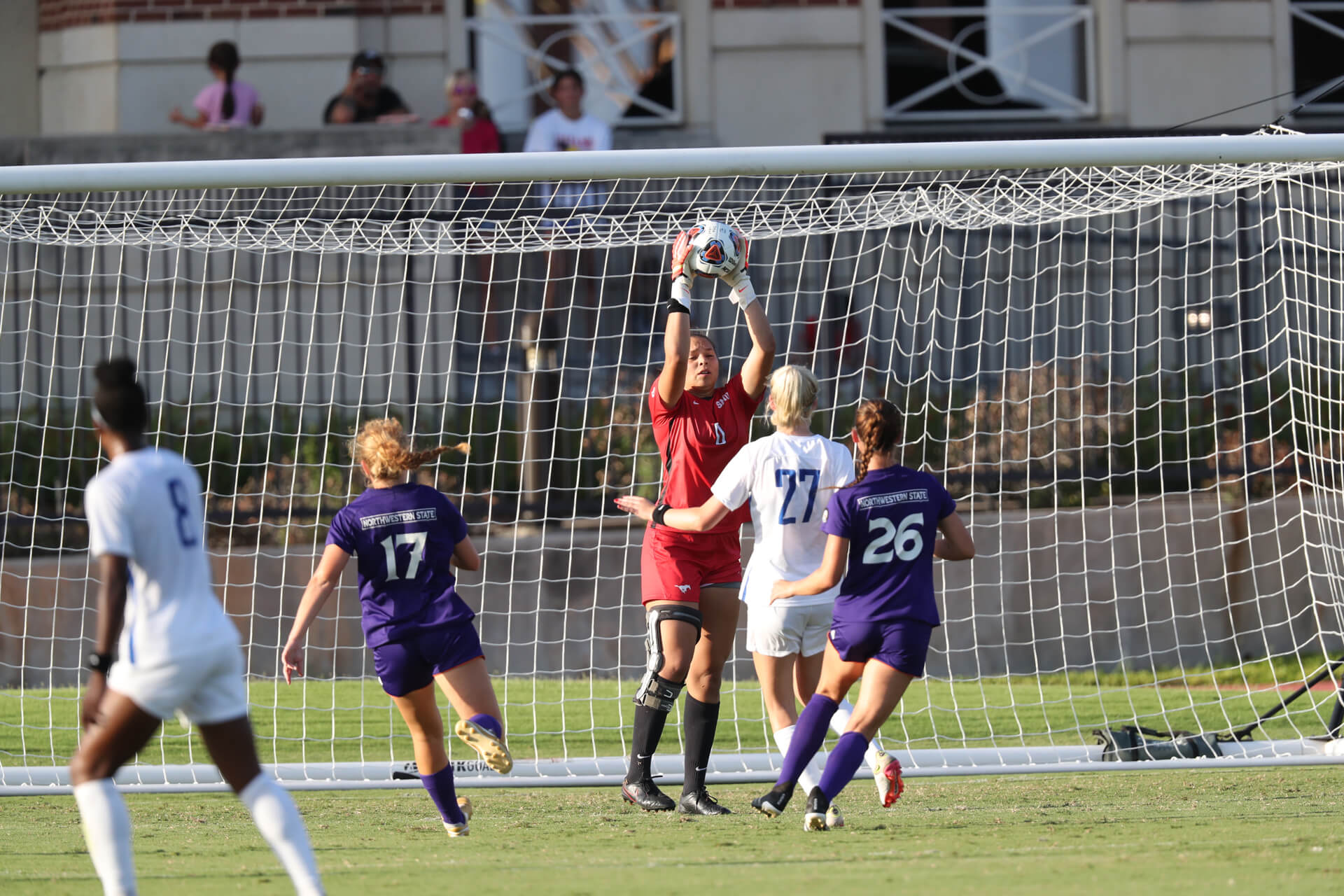 Two and a half years

After my freshman year, I went back home to El Paso to continue my rehab during the summer. I just remember doing this backpedaling drill, where I ended up tripping over my foot and hyperextending the same knee, again. And the diagnosis — a partial tear of the ACL.

I’ll be honest, I wasn’t mentally prepared for the work I needed to do to get back to being the player I needed to be, but the sudden change in physical therapy was also a tough adjustment. I think all of that combined led to the circumstances that followed.

I got a PRP injection and started working out again. Two months later, I was back on the field practicing. Things seemed like they were finally starting to look up. Honestly, thinking back, it’s crazy how similar the first and third injuries were when they happened.

It was déjà vu in the worst possible way, and it was my life and soccer career being impacted.

I went up into the air to catch a cross, and when I came back down, I landed awkwardly and hyperextended the same knee for a third time.

However, this time, I tore the ACL completely. So I was forced to undergo a second surgery.

I didn’t expect to miss much time, if any, at all after that first injury. Who would have ever thought that one moment would set the wheels in motion for me sitting out longer than half of a college career?

I had to do some soul searching at that point. It was a really dark time in my life.

At one point, I wasn’t even sure if I’d ever play soccer again. But it was through my willingness to let go that helped me come out on the other end of everything stronger. I realized that Sam, the person, has just as much, if not more, to offer this world than Sam, the student-athlete.

And in addition to that, having my friend Katina go through a similar experience really helped me cope with the challenges as well. Simply knowing that I wasn’t alone in this really benefitted me.

So, thank you, Katina!

The things that really matter

Me and my teammate, Jewel Boland, have been working hard behind the scenes with the group Athletes Advocating for Change.

In the wake of the George Floyd murder last summer, it has been an avenue for helping to educate people on diversity, while also having difficult conversations between teammates and faculty members in safe spaces.

Those are the goals I’m most interested in saving.

I come from a very diverse place in El Paso. When I arrived at SMU, I wanted to make a point to get to know everyone—what they felt, who they are, and where they came from. I just wanted to have those really difficult conversations and be able to get through them as a team.

Admittedly, it wasn’t easy at first because I can be a little stubborn at times. But I’ve also learned to accept the fact that everyone doesn’t think like me. I’ve learned to be more open and forthcoming with my own feelings on things as well.

Through all of it, we have never been closer or felt more connected as a team.

At one point, I wasn’t even sure if I’d ever play soccer again. But it was through my willingness to let go that helped me come out on the other end of everything stronger. I realized that Sam, the person, has just as much, if not more, to offer this world than Sam, the student-athlete.

Good to be back

Not only did those conversations bring us closer together, but they also helped me become more of a vocal leader on the team when I was finally able to return from those multiple ACL injuries.

Going through that whole recovery process was honestly one of the hardest things I’ve ever had to deal with in life. There are times when I still stop and wonder how I made it through. And to this day, I still don’t have an answer.

But I do know that God helped see me through everything. I do know that having really good friends in my corner kept me from giving up. It was a real identity crisis for me at the time, and I came to the conclusion that soccer isn’t my life.

I was finally fine with never playing again, if it ever came to that. I knew that I was going to be okay regardless.

I’ve accepted the fact that I’ll probably get hurt, again. Injuries are a big part of the sport. You can’t run or hide from them. If it happens, it happens—you know?

But you also have to trust in yourself and your body. Trust in the people that helped get you through it. I’ve accepted everything that’s happened to me.

In my first practice back with the team, I made a save, and Coach Petrucelli looked in my direction and said, “Welcome back, Sam.”

I teared up instantly.
It’s so good to be back. 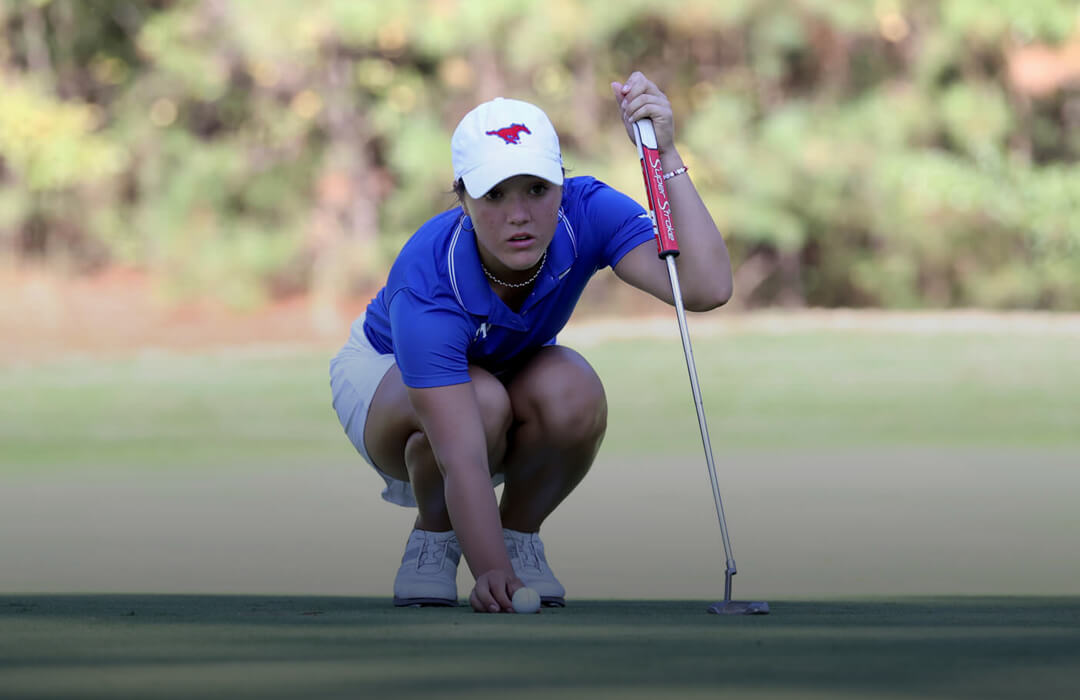