My Time in the United States

It has taken me a while to realize that one of the hardest decisions in your life can turn into one of your best decisions.

For me, it was the decision to leave England and come to the United States to go to school and play basketball. I still remember how sad that first airport goodbye was with my family. My parents wanted to fly over with me to help me get settled, but I was determined to dive right into the deep end by myself.

I told them to save the money and come to visit me when I was really starting to struggle. You always have to give yourself a little wiggle room for that kind of thing, you know?

I didn’t have a car, and I didn’t have anyone there to pay for a truck to help me move my stuff once I arrived. You don’t realize how many clothes you’ve accumulated until you’re forced to drag them around everywhere.

So yeah, picking up my entire life and moving it across the ocean to an entirely different country was the most challenging moment I’ve ever had.

But I wouldn’t change it for the world. 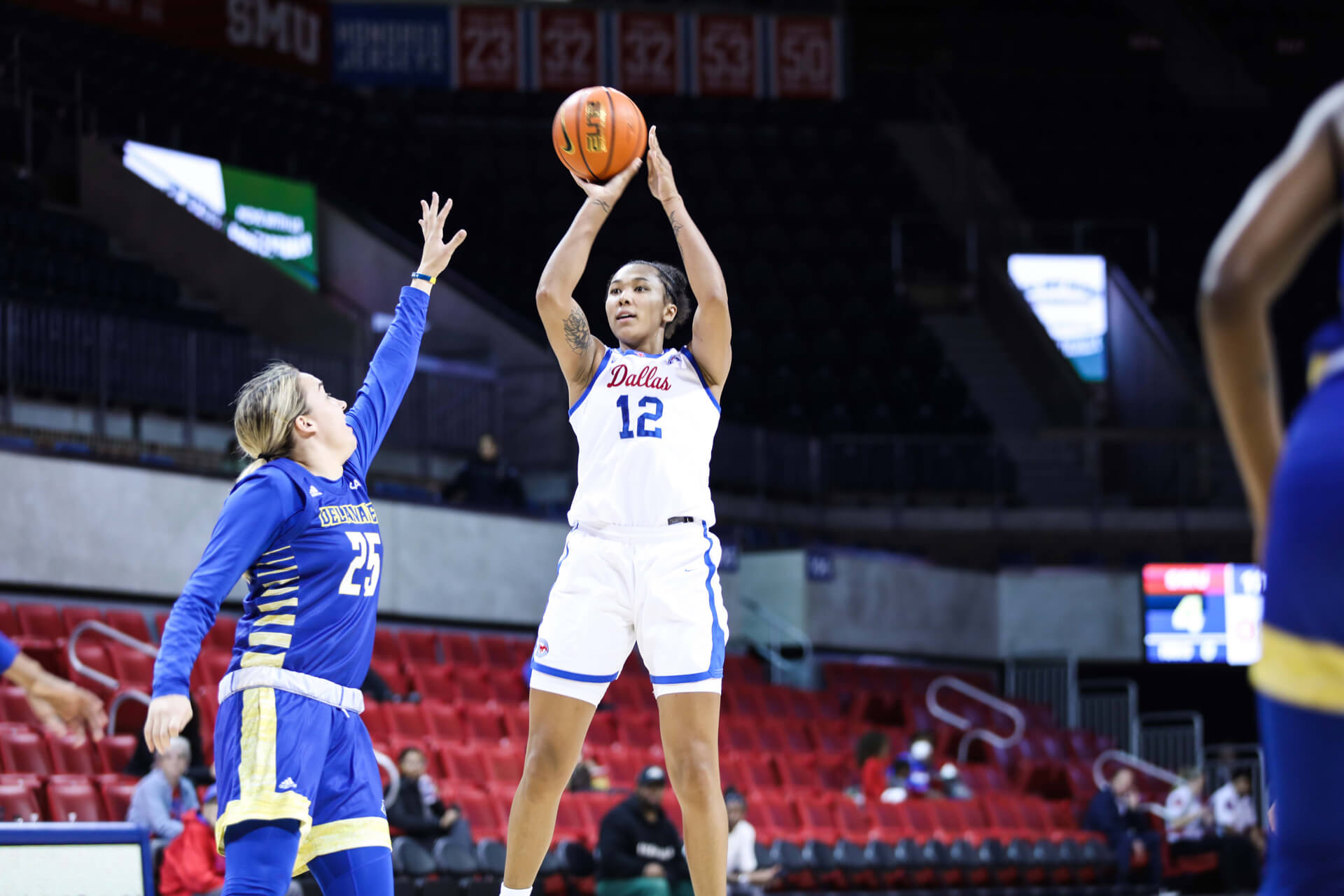 The best of both worlds

I’ve always said basketball was like a dance — just something you can do so many different ways. So I thought to myself, “All I had to do is my dance, and everything else will work itself out.”

College sports are so huge in America. I mean, I could have stayed back home, attended a university, and played for the Women’s British Basketball League.

But it was never going to be something that I could make a living off of or have my degree paid in full for or anything like that.

Being a student-athlete certainly wasn’t the be-all-end-all back home.

But here in the States, it’s like—oh, my gosh!

Once I learned that my college tuition would be paid for, including food and housing, that’s when I made the decision to hop on an airplane and play ball in the States.

My family has always been super supportive of my dreams, too. They even offered to put me through private high schools just to ensure that I had the best opportunities at an education.

But in all honesty, it was just too expensive.

They would have made it work if I really wanted it, but I didn’t want them to pay that much money just for me.

I was willing to continue playing European ball in the professional league, even if I wasn’t getting paid. At least I’d be competing against some truly talented women that played in a bunch of different places.

But as I developed, the college offers started to come in. Suddenly, I was being offered the best of both worlds — basketball and an education — without worrying about going into debt.

It might have been a tough decision to pick up everything and leave home, but it was also a no-brainer for me. 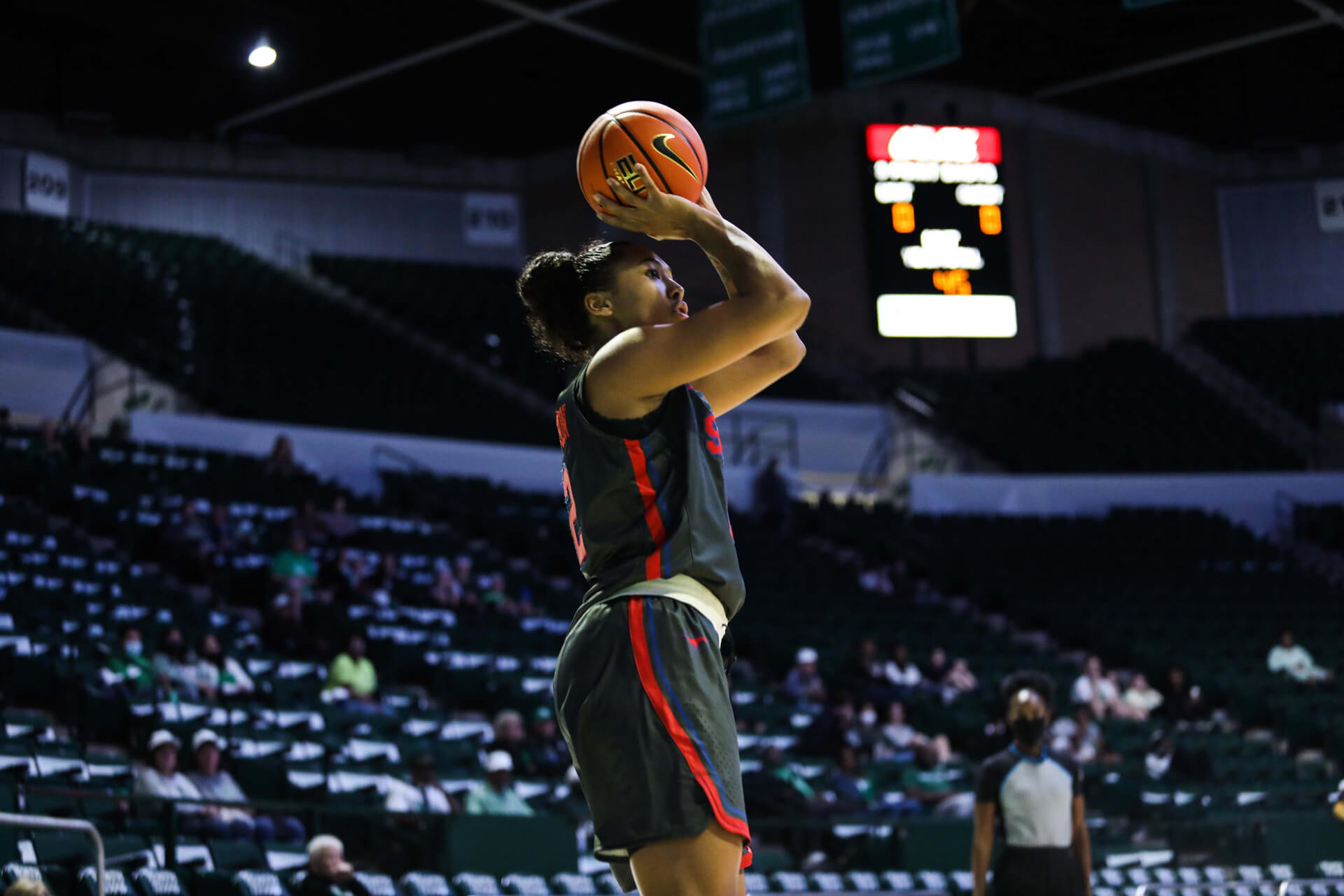 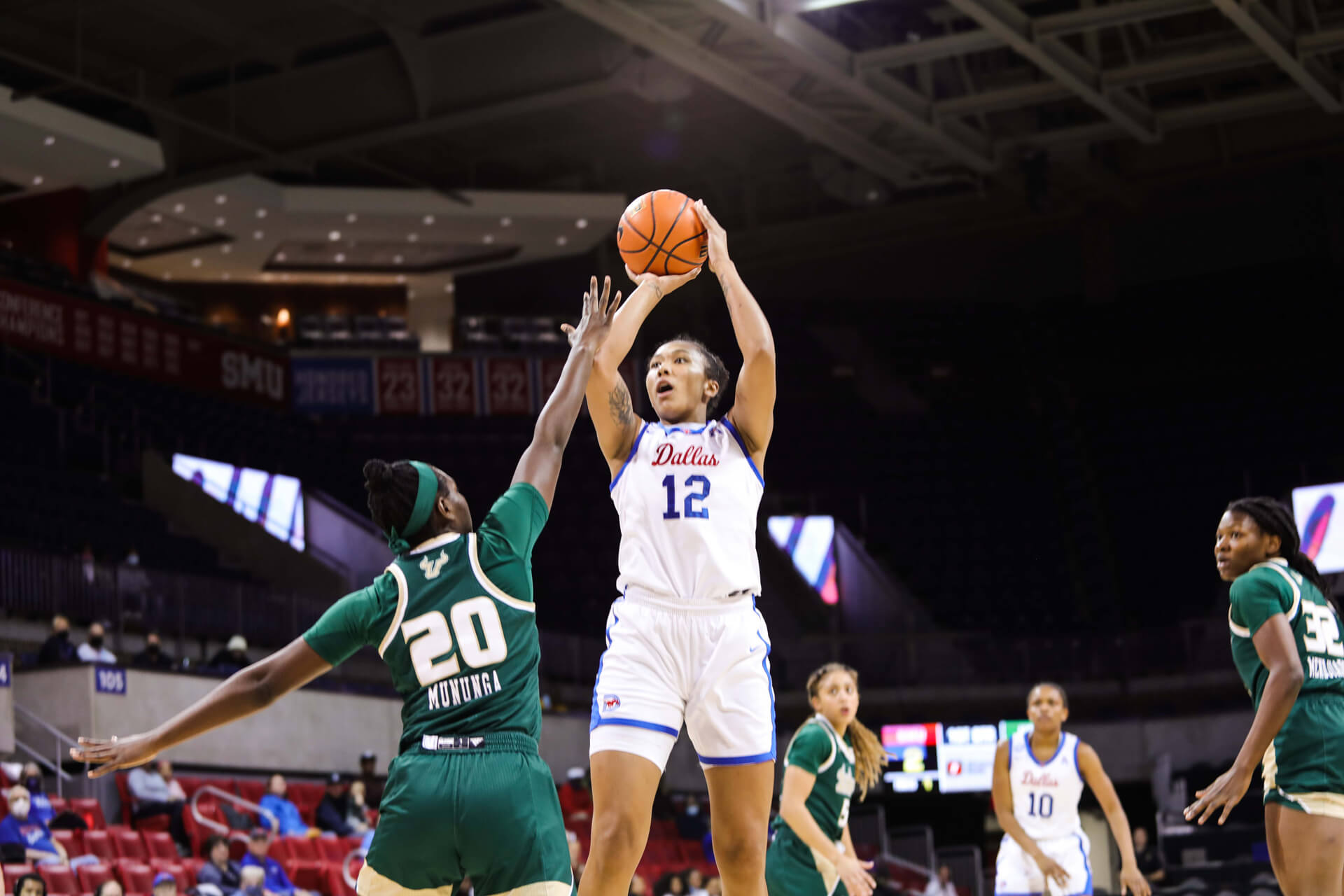 I was kind of a hermit when I first arrived. I wasn’t the biggest social butterfly, and I’d spend most of the time just watching my movies. The gym was about a 30-minute walk from my apartment, and I’d just walk there and back without ever asking for a ride.

It was a difficult transition to a country where everybody’s so sociable.

People want to go get coffee or just go out in general. It’s always let’s do this or let’s do that.

I did end up meeting my girlfriend here, and things sort of changed for me from there.

And of course, you get close with your teammates and just start meeting other people in general. Before you know it, that foreign place from across the ocean becomes your new home.

As far as my transition on the court, I’ll never forget my very first scrimmage in the States. I was playing the guard spot and defending a girl that might have been 5-foot-7 and 150 pounds. So she didn’t have any weight on me at all.

I remember her driving on me and instantly making contact. But instead of me falling to take the charge, she just bounced off of me. My coach at the time immediately said, “Okay, we’re going to let you guard post.”

The game is definitely faster in the States, but you can’t touch anyone in the NCAA. That’s when I thought, “You’re a bit too physical. You need to tone it down.”

But as I developed, the college offers started to come in. Suddenly, I was being offered the best of both worlds — basketball and an education — without worrying about going into debt. It might have been a tough decision to pick up everything and leave home, but it was also a no-brainer for me. Opportunities like that don't come around often.

I initially started off my college career at Florida State before making the decision to transfer to SMU. I loved my time at Florida State, but I was just ready for a different challenge and opportunity.

There was also the connection I had with coach Jhasmin Player.

She recruited me out of high school and watched me play with the European national team. So she knew everything about me. Both her and coach T (Toyelle Wilson) wanted me in more of a leadership role.

The chance to step into that role and have the freshmen look up to me for advice was a huge thing for me, honestly. It’s fun having those moments where I can just step back and ‘teach’ the game in a sense.

But most importantly, it felt great just having the coaches trust me. They trusted me with the ball in my hands, and they trusted me to make decisions.

Playing at a big program like Florida State has definitely helped me instill confidence in my teammates at SMU whenever we’re playing against Power Five teams because I’ve been there.

I can tell them they don’t need to be afraid in games.

Those other schools have gone through the same process we’ve been through, and they do the same things we do.

It’s nice to be that calming voice on the floor. 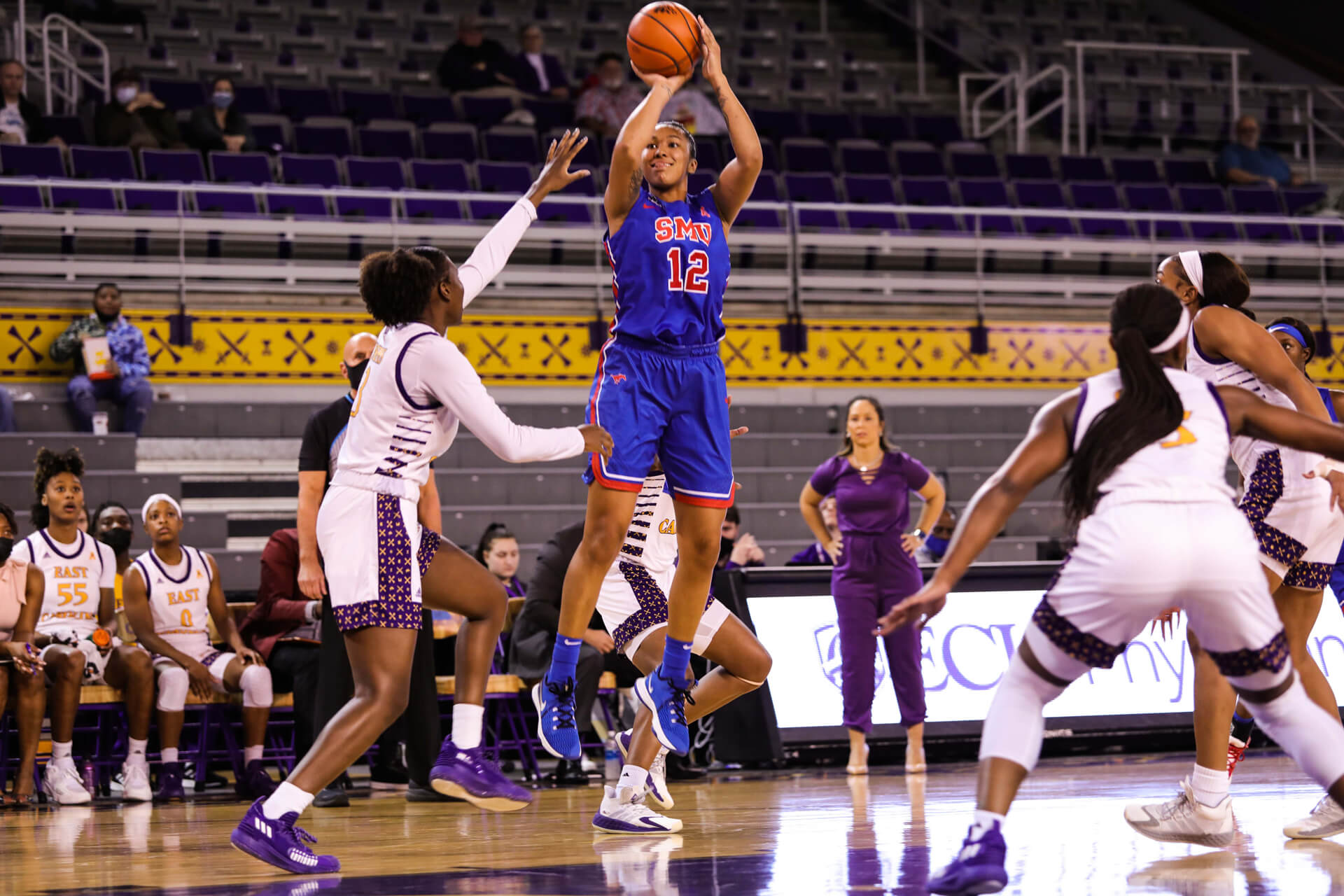 Staying in the present

This ride has been so much fun.

It’s also been tiring on my legs. I’ve gone from averaging maybe 12 or 15 minutes per game to now averaging 36 minutes as a senior. But I’m taking care of my body, and I’m feeling great right now. I’m in such a good place mentally and physically.

The family at SMU is different, and I feel very connected to the people here.

Coming here helped me build my confidence back as a player. It even made me start to think of playing beyond college.

I obviously want to play professionally and be somewhere closer to home, hopefully, so I can visit more. It isn’t something I think about often, though. So I don’t have a country or an actual place in mind to play at. A few people have already reached out to me to talk about it, but I want to enjoy where I’m at right now.

I want to be in the present with my team at SMU.

There will be plenty of time to talk about the future and what’s next. I’m just soaking up every moment and enjoying the time I have left, making memories with all of my friends and teammates.

Once those moments are gone, you can’t get them back. 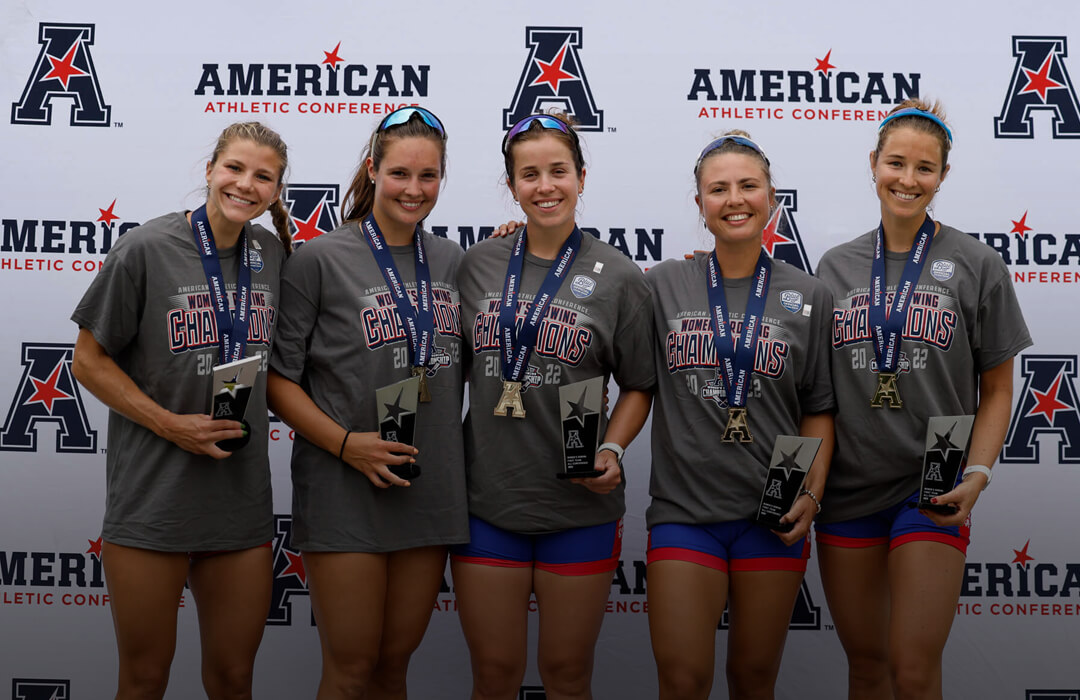